skip to main | skip to sidebar

The local launch of Laisha Rosnau’s new collection of poetry, Lousy Explorers (Nightwood Editions), at the College of New Caledonia Tuesday evening had a more intimate feel than some readings. Rosnau, Elizabeth Bachinsky and Jennica Harper brought to the stage their writing and Vancouver-based friendship before an audience of about 40 people.

The tone, for the most part, was light as the spring night. Rosnau reflected on the local landscape with a fresh set of observations since moving to Prince George four years ago; Harper summoned the rebirth of the season with poems of youth and sexuality. Bachinsky, who grew up in Prince George, brought a darker element with poems from her new book, God of Missed Connections (Nightwood Editions). 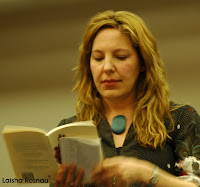 Rosnau described her impression of northern B.C. as apparent and everywhere, and her poems roll over the landscape, combining her experiences with the places and politics that residents share.

“I hadn’t written any poetry in about two years, but something happened in the first few months I lived here -- I wrote so many poems,” said Rosnau, who's last book of poetry was 2004’s Notes on Leaving.

Bachinsky’s new book explores her search for cultural identity as a Ukrainian-Canadian. With a strong, dark stage presence, her poems melded images of post-nuclear Eastern Europe with contemporary Canada. She said inspiration for the collection came out of not knowing much about her heritage, and the subsequent research brought it to life with detail. She contrasted the journey with new experiences, such as seeing the AIDS quilt in Toronto for the first time.

Harper started the reading on a fresh note with poems from both her first collection, The Octopus and Other Poems, and her latest book, What It Feels Like For A Girl (Anvil Press). Released last fall, the latter follows the life of two teenage girls through images of pop culture and sexual curiosity. She started her reading with the poem “Warm Front,” which follows teenagers into the first days of spring. Fittingly, it was one of the first warm-ish evenings in Prince George this year.

The reading, presented by the Caledonia Writers Series, was hosted by Graham Pearce. Broadsides and books were available and signed by the authors. Rosnau and Bachinsky will read next in Vancouver on May 5 for the official launch of Nightwood Editions' spring releases.

Jennica Harper reads from What It Feels Like For A Girl

an online gallery for local artists and a comprehensive guide to arts and culture events in Prince George. republication or broadcast of work on pg pod is by permission, and remains copyright of the artist. to either submit an event, or post writing (articles, poetry, short fiction) or digital images (photos, paintings, sculptures) email thepgpod@gmail.com

June 11-13 Bridges Festival of Arts and Culture. Submissions accepted until May 20. See info 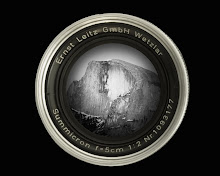